A development class of Radio Sailing Yacht, designed to a strict set of class rules, which are intended to give the budding model yacht designer enough scope to produce a variation in design. Small enough to allow for experimentation without excessive cost, with strict limitations on sails to allow for competetive racing whatever the design.
The class rules have been developed with school & youth group design & technology projects specifically in mind, a simple box rule gives the limits of the hull and a template gives the allowable dimensions of the sails without restricting the rig to any one particular type.

It is early days, however four different designs are already published here and it is hoped that new designers will put forward their intrepretation of yachts which fit the class rules so that more development can take place. It seems that the early crop of Micro 540's  perform very well, they are easily transported and as the class rules are quite restrictive as to sail size all have a very similiar performance, although with a free design for the hull shape we believe a class type will eventually emerge. 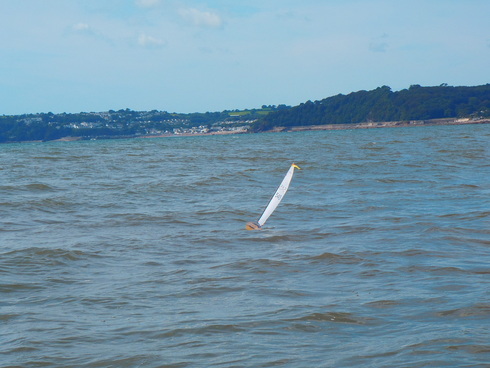 Paul Risdale sails his Micro 540 off the coast of Wales
17th August 2014 - Gradually the class is starting to build, with a number of new skippers developing and producing new boats there certainly is a high fun factor with these little pocket rockets. With their short keels they are just as capable of being sailed on model boating lakes as they are in larger expanses of water.

They can be built for a minimal cost, the class box and sail template rules are easily administered to ensure that all boats fit the class rules at every event.

30th March 2014 - The first round of the Martin Dale Cup 2014 took place at Daventry Country Park, the Micro 540's were out in force with six of the eight entrants being from this class, link to the Abington Park MYC website to see how they got on against the RG65's, to read the race report and results.
18th November 2013 - We are having a little difficulty fitting this additional class into the Abington Park MYC extensive racing calender for 2014, with so many events to squeeze in we are most likely to run a two Fleet event for the Martin Dale Cup, combining the Micro 540 class with RG65's at Daventry Country Park, the details of how this will work are yet to be finalised but I am sure we will be able to find a workable solution. In the meantime five Micro 540's were at the Abington Park MYC recent Mixed Fleet Event on 17th November the details of which can be found at the club website.
Here are some pictures of the boats at this event. 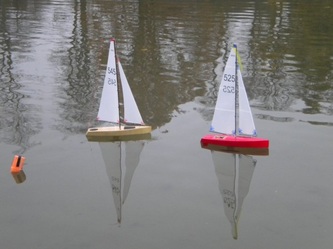 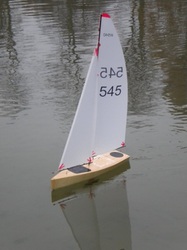 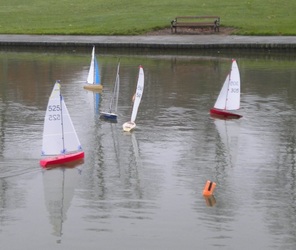 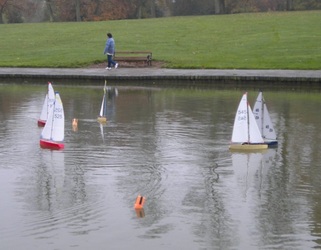 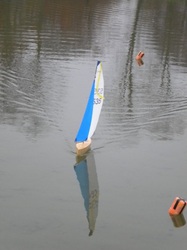 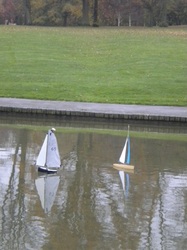